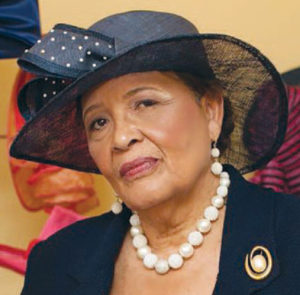 After pointed threats to have both his job and his head if he didn’t straighten out the mess at the U.S. Postal Service, on Tuesday, President Trump’s Postmaster General Louis DeJoy, who is also a Greensboro resident, did an abrupt about-face, by ordering all “cost-cutting initiatives postponed” until after the Nov. 3rd General Elections. But where are the high-capacity mail sorting machines?

According to postal administrators across the United States, 600 high-capacity sorting machines have already been taken out of commission at DeJoy’s direction. Now Congress is pushing for those machines to be put back in place and other DeJoy cuts at the postal service reversed.

DeJoy is scheduled to appear before the House Oversight Committee on Monday along with Robert Duncan, current chair of the U.S. Postal Service Board of Governors, and past chair of the Republican National Committee.

DeJoy and Duncan will be asked about the reported removal of over 600 mail sorting machines from postal service processing centers; the elimination of overtime for postal employees; mailboxes being removed from street corners in various states, the removal of over 30 postal executives from their positions overseeing day-to-day operations; and a letter last week to 46 states warning that mail-in ballots may not arrive in time be counted by Election Day, Nov. 3rd because of cutbacks in service.

In addition to Congressional hearings, with the first being a senate hearing this Friday, DeJoy, who is a top contributor to the Trump campaign, also faces litigation from at least 20 states seeking to stop his disruptions in mail service.

In a statement on postponing cuts, DeJoy wrote, “In the meantime, there are some longstanding operational initiatives — efforts that predate my arrival at the Postal Service — that have been raised as areas of concern as the nation prepares to hold an election in the midst of a devastating pandemic. To avoid even the appearance of any impact on election mail, I am suspending these initiatives until after the election is concluded.” 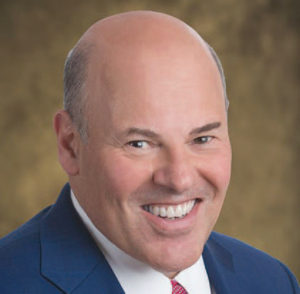 DeJoy, who took over as postmaster in June, has found himself the target of extraordinary heat from congressional leaders and from people across the country who oppose cuts to mail services. Well over 500 people gathered last Sunday (Aug. 16th) outside his Irving Park estate in Greensboro to voice their displeasure in his recent postal decisions. Public outcry grew exponentially after President Trump openly bragged that he was undermining the U.S. Postal Service because he believed that mail-in balloting was “corrupt” and a ploy by Democrats to seize power from him.
That admission caused House Speaker Nancy Pelosi to recall House members from their August recess to deal with the matter, especially after Rep. Alma Adams (D-NC-12) was among the first to call for DeJoy’s resignation.

“The mail is piling up, and the moves that he has made and the changes that he has made have really created problems in terms of our mail not getting out,” Adams told WFAE-FM last week. “I think it’s a move to really dismantle the post office but also more than [that] to disrupt this election.”

This week, it’s virtually every Democrat in Congress, even in the U.S. Senate, who is calling for DeJoy to be fired amid the growing catastrophe threatening to delay the U.S. mail to tens of millions of Americans, just because President Donald Trump says he fears losing because of mail-in voting.

DeJoy is also being hauled before the House Committee on Oversight and Reform on August 24th to answer tough questions about some of the changes he’s implemented, changes designed to slow down service.

Rep. Adams will be questioning DeJoy during that session, she announced Tuesday during her “Don’t Mess with the USPS” press conference in Charlotte.

“Let me say this plain and clear,” said Rep. Adams at her presser Tuesday. “If we determine during that hearing that the Postmaster General has deliberately harmed USPS; if this wealthy Republican donor, Louis DeJoy, has intentionally slowed down your mail and broken the trust between the Postal Service and its customers, the American people; then the House of Representatives should file articles of impeachment against him, and I will gladly lead the charge.” 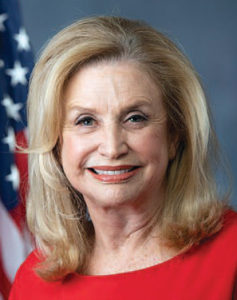 “The American people want their mail, medicines, and mail-in ballots delivered in a timely way, and they certainly do not want drastic changes and delays in the midst of a global pandemic just months before the election,” said Rep. Caroline Maloney, (D-NY) chairwoman of the House Oversight Committee.

Ironically in past elections, Pres. Trump and First Lady Melania Trump have voted by mail in Florida. The first couple recently applied for absentee ballots to do the same for the upcoming Nov. 3rd election. Trump revealed during a Saturday night (Aug. 15th) press conference in New Jersey that his new Postmaster General “doesn’t know what he’s doing.” Prior to his appointment, DeJoy had no previous experience with the U.S. Postal Service.

On Monday, Congresswoman Adams, House Speaker Nancy Pelosi, and 173 other House Democrats sent a letter to Postmaster General DeJoy, saying in part, “The House is seriously concerned that you are implementing policies that accelerate the crisis at the Postal Service, including directing Post Offices to no longer treat all election mail as First Class. If implemented now, as the election approaches, this policy will cause further delays to election mail that will disenfranchise voters and put significant financial pressure on election jurisdictions.”

The House Democrats’ letter to DeJoy continued, “Because many states have traditionally allowed voters to request absentee ballot applications and absentee ballots within a few days of the election, it is essential that standard delivery times remain short and pricing remain consistent.”