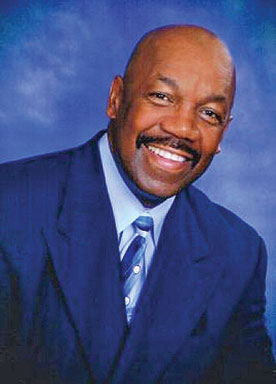 “With the current partisan political climate from the local to the federal government, experience matters,” stated Alston, who first served 20 years as a Guilford County Commissioner from 1992 -2012.

In 2002, Alston became the first African American to serve as chairman of the Guilford County Board of Commissioners. He has served as chairman a record five times and has been elected four consecutive times as to the chairmanship from 2008-2012. Alston also served two years as vice-chairman of the board.

“I want to use my 20 years’ experience to continue to bring a strong and effective voice for the citizens in District 8,” said Alston.

“All politics is local. I want to make sure the citizens in District 8 and throughout Guilford County have a safety net should the federal and state governments refuse to fund essential services for the most vulnerable and needy in our community, such as cuts in Public Health Services, Social Services, Public Safety and Education,” Alston stated.
Alston’s focus on the Guilford County Commission will be as follows: