Aggies show up and show out at Drake Relays 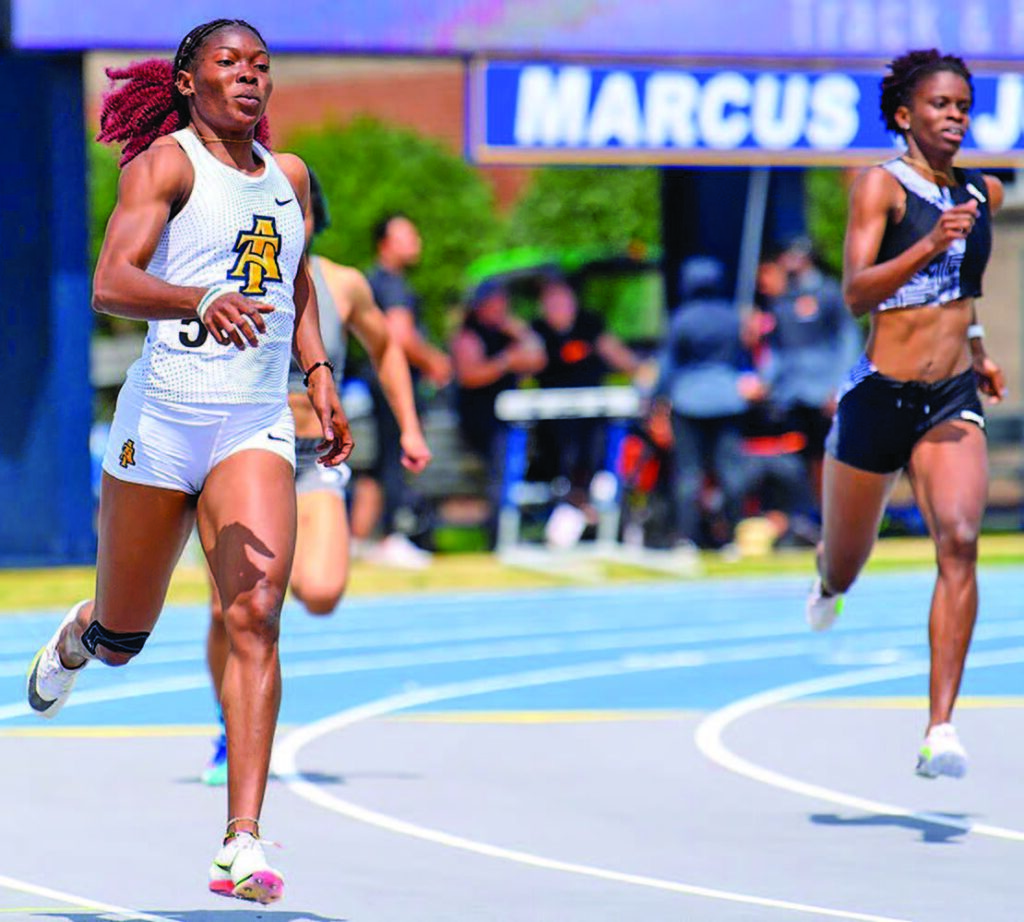 Ross Jr., the defending national champion in the 400 meters, won the 400 at the Drake Relays with a time of 44.95 seconds. Ross Jr.’s time ties Ohio State’s Tyler Johnson for the fastest time in the NCAA Division I East Region. In addition, it is tied for the second-fastest time in the nation. Freshman teammate Reheem Hayles placed sixth in 47.75 seconds.

On Friday, the Aggies won two other finals as graduate Delecia McDuffie won the women’s 200m. McDuffie won the event in 23.44 seconds. McDuffie’s best time of the season – 22.89 seconds – has her tied for eighth in the region with freshman teammate Grace Nowokcha.

Senior Cory Poole was a winner in the men’s 400 hurdles. Poole finished in 50.27 seconds, a week after running a personal-best 50.18 seconds at the Aggie Classic hosted by A&T at Marcus T. Johnson Track. Poole’s 50.18 has him ranked fourth in the East region. Junior teammate Aveon Reid placed seventh in 52.17 seconds. Reid tied for 12th in the region after running a 51.14 at A&T’s Aggie Invitational on April 9.

Freshman Grace Nowokcha had success on Friday. She had the fastest-qualifying time in the women’s 100m at 11.55 seconds as she won the first heat. Despite fighting the wind, Nwokocha won the women’s 100 meters in 11.98.

The other win came in the men’s 4×400-meter relay as the team of senior Daniel Stokes, junior Randolph Ross Jr., freshman Reheem Hayles and sophomore Shemar Chambers won their event in 3:05.81.

Senior Rasheem Brown finished third in the 110 hurdles with a time of 14.05, and graduate Paula Salmon finished fourth in the 100 hurdles in 12.95.

The Aggies will look to compete in the Big South Conference Track and Field Championships at High Point University’s Vert Stadium, May 9-11.