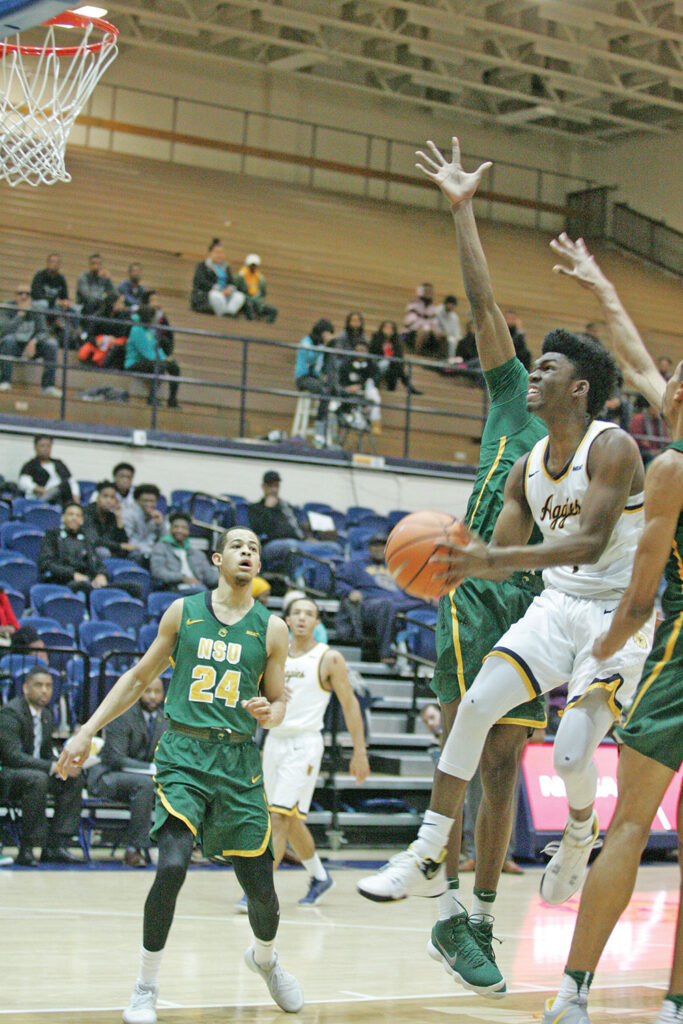 PRINCESS ANNE, MD. – North Carolina A&T is getting an education on playing in and winning close games, and thus far the Aggies are getting very high marks.

In their latest drama-filled, suspenseful thriller, the Aggies got a big 3-pointer from junior Femi Olujobi and a critical steal from junior Aaren Edmead to down Maryland Eastern Shore 66-64 at Hytche Center Saturday evening. The win improves the Aggies to 12-8 overall and 5-0 in the Mid-Eastern Athletic Conference. The Aggies are now tied for first with Bethune-Cookman.
Olujobi led the Aggies with 17 points and six rebounds, while Edmead finished with 14 points and five assists. Senior Davaris McGowens scored in double figures for the seventh straight time as he ended the evening with 11 points and nine rebounds.

“I commend these young men because they never stop fighting,” said N.C. A&T coach Jay Joyner. “It took grit tonight because when you are sitting where we are sitting right now, everybody is going to be coming for you with their best shot every night. We can’t afford to take any nights off, so we’ll take this one and move on to the next challenge.”

“We keep finding different ways to win ballgames and that tells me these young men think they’re supposed to win. That’s a good thing for us right now,” said Joyner. “To know we know how to win tight games down the stretch is huge when we talk about what it takes to win in March. Right now, we just have to go back to work and get better.”