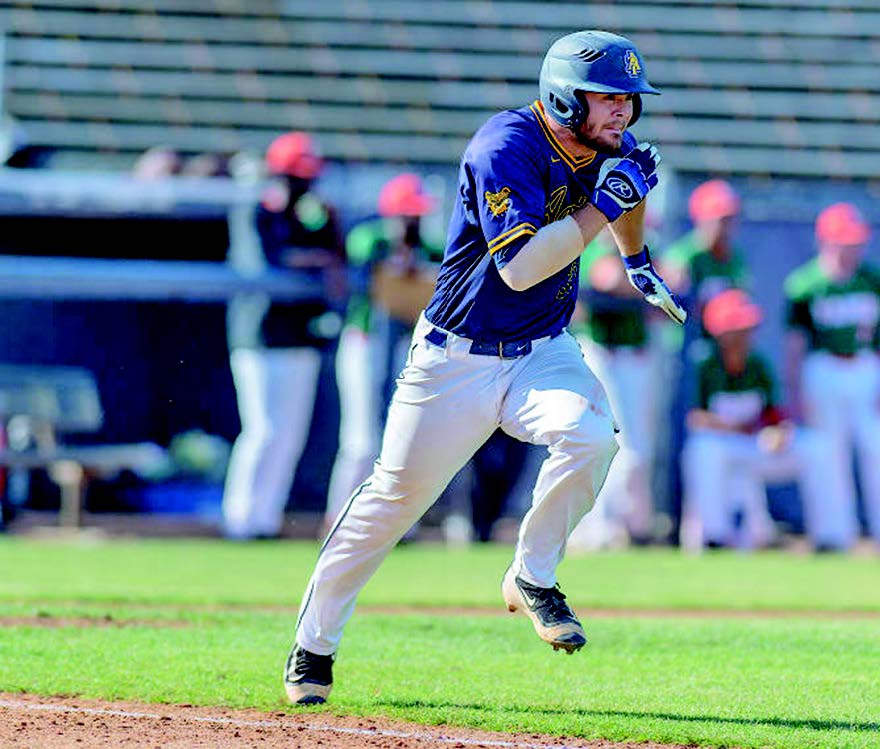 Looking for instructions on how a player should play on his or her Senior Day?

When the day was over, he was 7-for-8 with two doubles, a home run and five RBI as the Aggies defeated the Rattlers 5-4 in Game 1 and 9-2 in the second game to claim the MEAC Southern Division title for the second straight season.

The two wins not only clinched the division title, but it guaranteed the Aggies the No. 1 seed out of the south in the MEAC Championship Baseball Tournament, May 15-18, in Daytona Beach, Fla. A No. 1 seed garners the defending conference champs a first-round bye where they will play their first tournament game noon Thursday (May 16).

Norman’s day started with a two-run homer rocketed into the Aggies’ batting cage area in left field to give the Aggies a 2-1 lead in Game 1. Freshman Tony Mack followed in the senior’s footsteps two batters later as he hit a line drive that left the War Memorial in a hurry over the right-field fence to give the Aggies a 4-1 advantage.

FAMU (22-31, 14-10 MEAC) did get things closer. The Rattlers added a run in the fourth on a throwing error. A Tuck Rayburn RBI double scored Octavius Moore to cut the Aggies’ lead to 4-3.

N.C. A&T turned to their comfort zone from there – their bullpen.

Junior RHP Evan Gates replaced sophomore starter Ethan Chavis (LHP). After Willis McDaniel doubled to open the sixth, Gates came in and struck out three straight batters to get the Aggies out of trouble. Gates went on to pitch three scoreless innings striking out four.

There was still need for some cushion, however, before the game was turned over to senior closer Leon Hunter. After freshman Donte Wade doubled to the right-field corner in the eighth, Norman came to the plate with a chance to hit for the cycle after homering, doubling and singling in the game.

He didn’t triple but he did single to score Wade to give the Aggies a 5-3 advantage. The run was essential.

In the FAMU ninth, the Rattlers were able to put runners on second and third with one out against Hunter. Hunter got Rob Robinson to ground out for the second out, but it did bring home Kaycee Reese to get the Rattlers to within one.

Hunter then struck out Moyer to earn his ninth save of the season. Chavis (2-2) got the win while Josh Hancock (4-5) took the loss.

Senior Brandon Melendez drove in a run and of course, Norman had a big game going 3-for-4 with two RBI and two runs scored.

Senior Leon Davidson (4-0) got the win in relief and senior Roberto Negron closed the game out. Senior relief pitcher Walfrank Pineiro did not play on Friday, but the Senior Day participant did pitch on Thursday.

N.C. A&T broke open a 2-2 game in the sixth by playing a little small ball. With Stanley on third and Norman on second, Rorie laid down a squeeze play. The bunt play allowed Rorie to reach and Stanley to score to give the Aggies a 3-2 lead. Brandon Melendez then hit into a fielder’s choice that allowed Norman to score.

The Aggies scored four runs in the seventh to put the Rattlers away.

N.C. A&T is 28-22 on the season and finishes the conference 16-8 matching the conference win total from last season. N.C. A&T’s nine seniors will now try to become the first senior class in school history with multiple MEAC championships.