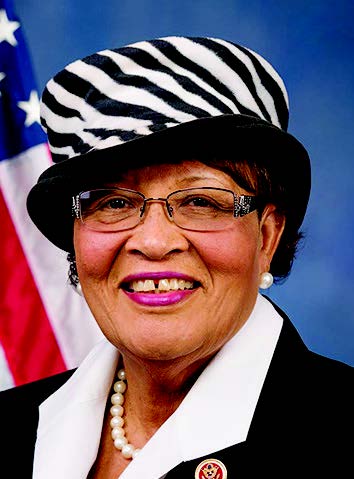 WASHINGTON, D.C. – An 11th hour grenade toss by President Donald Trump seems to have blown up the bipartisan Omnibus Appropriations and Emergency Coronavirus Relief Act. The president, who is now threatening to veto the current $900 billion economic aid package, now calls for Congress to amend the legislation to include $2,000 to each individual in economic stimulus checks, rather than the proposed $600. In a Tuesday video, Trump said, “I am also asking Congress to immediately get rid of the wasteful and unnecessary items from this legislation, and to send me a suitable bill, or else the next administration will have to deliver a COVID relief package, and maybe that administration will be me.”

With the Republicans completely knocked off their feet, House Speaker Nancy Pelosi (D-Calif.), responded to the President’s request saying that “congressional Democrats would move as soon as Thursday (Dec. 25),” when the House is scheduled to meet for a brief pro forma session, to advance the $2,000 stimulus checks.

Meanwhile, Alma Adams’ (NC-12) bill, the HBCU Capital Finance Debt Relief Act, which cancels over $1.3 billion in debt held by Historically Black Colleges and Universities (HBCUs), was included in the Omnibus COVID Relief spending deal. Additionally, many of Adams’ priorities to build equity in higher education were included in the FY21 Omnibus.

“This year’s omnibus empowers students by expanding and simplifying the federal student aid programs, and by removing barriers for low-income and justice-involved individuals,” said Congresswoman Adams. “Additionally, I’m proud to announce the inclusion of my legislation, H.R. 7380, the HBCU Capital Finance Debt Relief Act, which relieves over $1.3 billion in debt for our HBCUs, allowing these institutions to continue their mission of empowering communities of color. Combined, these measures will help ensure that higher education continues to be an accessible bridge to the middle class.”

The bill expands the Pell Grant program, which will result in hundreds of thousands of students becoming newly eligible for Pell and millions of current recipients receiving larger awards. The bill also repeals the ban on Pell eligibility among incarcerated students and restores Pell Grant eligibility for students defrauded by their institutions.

To ensure students get the financial support they need, the bill streamlines the Free Application for Federal Student Aid (FAFSA) and eliminates a confusing and punitive restriction that limits eligibility for subsidized federal loans among low-income students. Finally, the legislation discharges loans made to HBCUs under the HBCU Capital Financing Loan program, providing $1.34 billion in relief to these institutions.

“This bipartisan agreement is a significant step toward making higher education more affordable for millions of Americans. The package released includes a wide range of provisions – secured by House Democrats – that will make federal grants and loans more accessible and more generous, particularly for our most vulnerable students,” said Chairman Robert C. “Bobby” Scott (VA-03). “Congress has a responsibility to expand access to quality higher education, which remains the surest path to the middle class. While this is not the comprehensive overhaul of the Higher Education Act and there is still work to be done, this proposal will help millions of students. I’m pleased House Democrats secured these sweeping reforms on behalf of students across the country.”