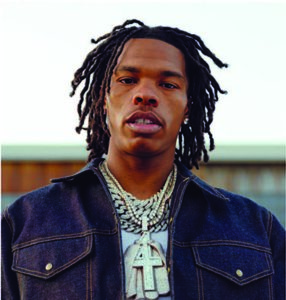 GHOE is back! Lil Baby and Chlöe Bailey will be at the Greensboro Coliseum for N.C. A&T’s Hip-Hop Homecoming Concert on Saturday, October 29. Performances will also be by recording artists Nardo Wick and GloRilla.

Domonique Jones, known as “Lil Baby,” is one the hottest artists of today’s music industry. He has transformed from being a heavy street guy raised in the streets of Atlanta to a modern-day Tupac. Lil Baby is signed by one of most lucrative distribution labels, Quality Control Music signed by “P”. He hit the road running with the hit song, “My Dawg” and later dropped “ Close Friends,” which reached #6 on the Billboard Hot 100 chart. Lil Baby has had more than 10 songs reach the Top 10 on the Billboard Top 100. Jones has been featured with artists such as Future, Drake, City Girls, Ed Sheeran, Lil Durk and Kirk Franklin.

Today, Lil Baby is one of the most desired artists by students with more than 12 HBCU’s vying to book him during the 2021 homecoming season. Many colleges and universities believed they simply could not afford him following his video, where he says he costs “200K an occasion”. Well, N.C. A&T is in the bookings for this year! Lil Baby is expecting to drop an album this October with 7 features and 23 songs.

“I need to be front row. Lil Baby is literally my favorite rapper ever, I haven’t missed a concert of him featured because he’s just that good,” said N.C. A&T student Justyce Moore.

“Chlöe Bailey’s vocals are just unmatched! They say she’s the next Beyonce”

Chlöe Bailey is a singing artist with lots of personality. She’s best known for being one half of the musical duo Chlöe x Halle with her sister, Halle Bailey. Together, the siblings have earned five Grammy Award nominations since 2018. Chlöe dropped her first solo song “Have Mercy” in September 2021. She is the first woman to receive 1 million units in this decade on the Billboard Top 100 Best R&B songs. Since Have Mercy, Chlöe Bailey has dropped 3 songs that reached the Billboard Top 50 Chart.

Chlöe has performed at multiple award shows, even receiving attention from Beyoncé. Bey sent her a sweet message following the 2022 BET Awards saying, “You killed it last night! Making me proud. All my love, B.”

Horace Bernard Walls III, stage name as Nardo Wick, is an upcoming rapper from Jacksonville, Florida. Nardo Wick is most recognized for his song “Who Want Smoke”. Nardo was a part of the 2022 XXL Freshman Class and is signed to Flawless Entertainment under RCA Records. The Jacksonville rapper became the first artist to make a Top 20 Hot 100 debut with his first entry since 2018.

Gloria Woods, known professionally as GloRilla, is a rapper from Memphis, Tennessee. She is best known for her breakout hit song “F.N.F.”. Since then, she has collaborated with artists such as Cardi B, Latto, and JT of City Girls.

GloRilla is signed with Interscope Records in lieu of CMG Record Label. She faced some controversy when people tried to convince her to have plastic surgery, but GloRilla stood strong and continues to love her natural self.

“GloRilla [is] becoming one of the best female rappers because she simply knows how to please the girlies,” proclaimed a group of A&T students.