2020 Presidential Election: Too Close to Call 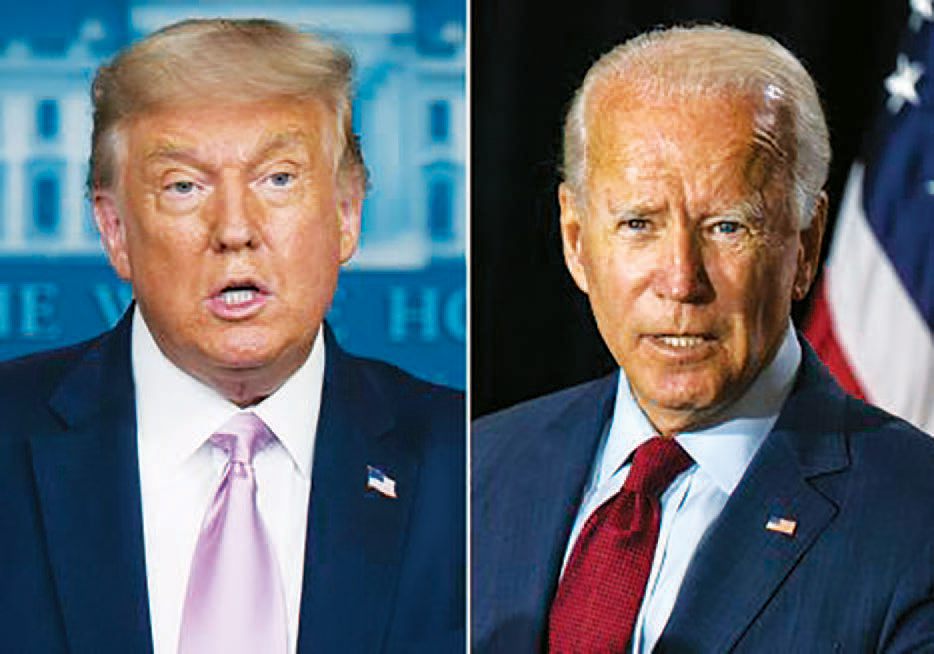 WASHINGTON, DC – With a nail biter presidential race too close to call by midnight Nov. 3, America awaits on edge for final states to complete their vote counts. Some are early votes so numerous that they take time to count. Others are mail-in ballots allowed largely due to voters using absentee options or state-sanctioned options to avoid contracting the coronavirus.

Yet, President Donald Trump, claiming he won the election and alleging fraud with no evidence, has announced he will ask the U. S. Supreme Court to stop all vote counts. Trump made his announcement around 2:15 am Wednesday following a statement by former Vice President and Democratic challenger Joe Biden.

“We were getting ready to win this election. Frankly, we did win this election,” Trump said from the White House. “This is a major fraud on our nation…We will be going to the U. S. Supreme Court. We want all voting to stop.”

Biden had earlier stated in Wilmington, Delaware, “I’m here to tell you tonight, we believe we’re on track to winning this election…We knew because of the unprecedented mail-in vote and the early vote that it was going to take a while. We’re going to have to be patient until the hard work of tallying votes is finished and it ain’t over until every vote is counted.”

At press time Wednesday afternoon, Biden led the race with 253 to Trump’s 214 electoral votes with Wisconsin and Michigan being unofficially declared for Biden. Votes continue to be counted… in Arizona, Georgia, Pennsylvania, Michigan and North Carolina. It takes 270 Electoral College votes to win the presidency.

The threat of election theft by Trump is – in part – the reason that a group of Black faith leaders and activists have called for “nonviolent resistance and economic noncooperation, including a general strike, if Trump tries to steal” the election.

In a statement headlined, “We The People Will Defend the Vote and Uphold Democracy: A Call to Nonviolent Resistance from Black Faith Leaders and Allies,” approximately 100 faith leaders and their activist allies essentially said that they will organize and demonstrate to maintain a free and fair election.

“In a pandemic, the large number of Americans demonstrating with conscience and voting with conviction is a sacred testament to an even larger sacrificial commitment to nonviolence,” says Rev. Cornell William Brooks, former NAACP president and currently professor at the Harvard Kennedy School. “We will honor this commitment by nonviolently opposing and overcoming any effort to undermine our elections. So many Americans have sacrificed so much for any of us to do anything less.”

With races so close and with Trump casting doubt on the integrity of the election even days before Nov. 3, it has long been feared by political observers that he could try to cheat to win.

“We must not let Trump steal the election. If he attempts to stop votes from being counted or refuses to accept a legitimate victory for Biden, we will not sit by. We will use the power of massive nonviolent resistance that won our people the sacred right to vote to defend the sacred result of our votes today,” said Rev. Erica Williams, founder of Set It Off Ministries.

“We as clergy must stand in this moment to be Prophets of God and not chaplains of the empire. We come boldly in the spirit of Fannie Lou Hamer and Ella Josephine Baker who fought tirelessly for voting rights.”